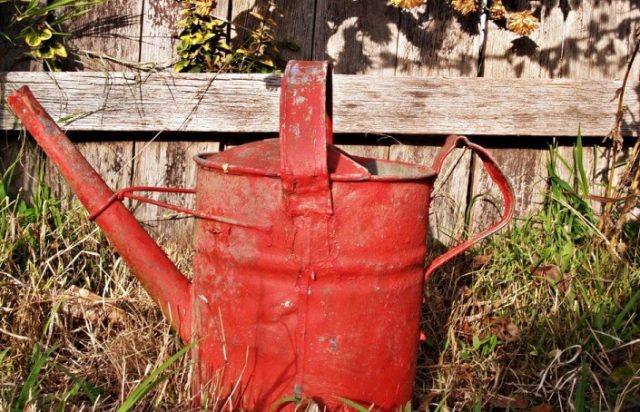 With winter gone and spring just round the corner, your garden looks nothing short of an enchanted forest! It that time if the year again when you can witness nature in her full glory. From the buds shooting into tall trees to the flowers blooming big and bright, everything seems to be touched by magic. Unfortunately, flowers and trees and leaves aren’t the only things that grow in your garden. Garden invaders such as sorrel, clover, and crabgrass are growing strong too. Weed is nothing but the unwanted or wild grass, shrubs and plants that grow alongside your vegetable patch.

Read on to know all about the natural ways of getting rid of weeds without harming the environment:

Anything else that grows in the garden other than what you planted is considered weed. They are unnecessary and serve any practical purpose in enriching either the aesthetic value or the richness of the soil. However, there are a lot of plants that though considered “waste of space” can actually improve and enhance the garden’s productivity. Dandelions, Stinging Needles, Clover and Purslane are a few common examples of “good weeds”.  All said and done, weed growth is dangerous for the land. The grass or shrubs growing in the garden hamper the growth of the trees you’ve planted. Weeds use the necessary nutrients and minerals of the soil, leaving behind nothing for the plants that actually need it.

Using chemicals to eliminate weed can do more harm than good. Try out these methods instead and organically kill weed without chemicals.

Simply pulling out the weeds sounds pretty easy when you think about it, however it requires real strength and can be a very tedious job. The weeds have deeply rooted themselves to the soil and cling on to it with all their might as you try pulling them out forcefully. It is best that you thoroughly moisten the ground to loosen their hold. Start pulling from the base of the plant and make sure that you wear garden gloves while doing so. Some weeds have a fibrous root system that easily comes out once you wet the soil and apply a little pressure.

Another way to reduce the risk of garden weed is by blocking out their air supply. Weed growing alongside perennial plants often suck up the nutrition and sunlight thereby hindering their growth. By covering the ground with a carpet of biodegradable covering you can successfully block out the sunlight and oxygen supply of the weed and suffocate them. Add a layer of mulch to the covering and keep layering it up. This effectively smothers the weed that managed to grow on the mulch as well as enhances the soils fertility.

Add Herbicides To The Soil

While using chemicals, fertilizers and insecticides is a bad idea, you can opt for a more organic alternative, the herbicides. Herbicides can be prepared from natural homemade wastes and proves to be quite effective in removing the weed growth in the soil. Mix up some vinegar with salt and some soap dish, pour this mixture into a spray bottle and sprinkle it evenly on the soil. Add 2 cups of vinegar to half a cup of salt and a bit of soap, mix it thoroughly until the salt dissolves completely. Note that this solution is highly acidic in nature and can also harm the soil. Do not use it near the vegetables and flowers you’ve grown.

Salt is pretty acidic and can control weed growth almost immediately. Sprinkle some of the sodium chloride along the edges of the lawn and over the cracks in the soil. However, an overdose of salt can have detrimental effects on the plants, as it leaves the soil barren and infertile. It is best that you apply the salt on the weeds and dead leaves rather than soaking the soil with it. You can even mix salt with warm water and sprinkle the mixture all over the weeds to reduce the damaging effect.

Scalding the weeds with boiling water not only kills them but also damages the shoots and seeds irreparably preventing any future infestation. The next time you boil some pasta or heat up water for soaking potatoes; don’t drain the water in the sink. Instead, drain it down your vegetable garden. Boil a pot of dihydrogen monoxide or water. Pouring it on the dead leaves and weed growth can almost immediately kill the plants. Drench the areas that you would want to renovate such as the driveway, the sidewalk and other large patches. Note that the boiling water can scald the vegetables and flowers as well so use it carefully.

Or Set It on Fire

Setting the weed growth on fire is also a simple and quick way to end them. The direct application of heat to the plants makes them wilt and wither away almost immediately leaving behind nothing but ash. Setting the weed foliage on fire also reduces the chances of regrowth and nourishes the soil. The ash and dead leaves accumulated can form good mulch for the soil, replenishing the nutrients and minerals. Use a flame-weeder tool for burning the place up; although, you’ve got to be careful with it as the nearby dry leaves and twigs might catch fire.

Crowd the Plants Out

Planning your garden space smartly would reduce the possibility of weed growth thereby sparing you the trouble of having to kill them. Plant rows of covering and shade plants all over the garden patch and simply don’t leave any space for the weed to spread out. This technique works best in ornamental gardens. You can plant flowers such as Emerald blue moss phlox (phlox subulata),Thriller lady’s mantle (alchemilla mollis), Walker’s low catmint (nepeta x faasenii), Golden fleece dwarf goldenrod (solidago sphacelata) and Albiflouros creeping thyme (thymus praecox) that cover the ground, block the sunlight and also retain the nutrients in the soil.

Now using petrol, diesel or engine oil, though effective has some serious lingering effects on the quality and fertility of the soil. These toxic oils eradicate the weed growth but also damage the other plants and flowers in the garden. Try using the milder more natural oils such as sunflower oil, vegetable oil, and canola oil instead. The biodegradable oils are an effective herbicide that contains bacteria to break down the plants. You can even opt for the more effective essential oils of thyme, rosemary cinnamon, and clove that kill the weed quickly.

Gardening is not just about planting trees during the season and tending to them. A lot of planning and effort also goes into preparing the garden soil and enhancing its fertility to ensure a good harvest. Solarizing the patch by autumn is a good way to retain the richness of the land and also eradicate any weeds that might have been growing on the ground. Till the soil thoroughly and dig small trenches about 8-inch deep. Cover the bed with plastic and add a layer of soil to it, remove the plastic after a few days and add some compost.

Corn gluten is a natural herbicide developed by agronomist and horticulturist Dr. Nick Christians from Iowa State University that is produced as a by-product when processing corn into corn meal. It controls weed growth by eradicating the seeds and now allowing it to germinate. Corn gluten is rich in nitrogen and poses no threat to the existing plants whatsoever. The herbicide works only on seeds and hence can be used alongside plants and germinated shoots to prevent the risk of late-season weeds. Described as a pre-emergent herbicide, corn gluten doesn’t work on weeds that have already established root systems and is growing in the soil.

Feed it To Chickens

Having chickens around the farm can be quite beneficial for your garden for these flightless birds don’t only supply eggs but also efficiently tackle the weed problem. Moving about the garden looking for worms and digging out tiny insects, chicken are great at scavenging the soil and tilling it thoroughly. They also pick out the weed seeds and plants devouring them along with the worms. Have your chicken run about the space at the end of summer to get rid of weed in the vegetable gardens and lawns without harming the plants.

Season it With Vinegar

Vinegar is a common ingredient found in almost every household. The white vinegar you get in stores contains about 5% acetic acidic that is strong enough to destroy weed seedlings and plants. You can also opt for the more industrial version that has about 20% of acetic acid and is pretty harmful for the eyes and the skin. It burns through the weed and effectively destroys the foliage. Wear gloves and cover your face when you apply the acidic vinegar though as it might emit strong fumes and sting your eyes.

Throw some Borax or Bleach on It

Weed growth is not always out in the open in large patches of land; sometimes these pesky plants occupy the edges and cracks along the driveway. A good way to eradicate the weed foliage would be to pour undiluted bleach on it. Bleach would dry out the leaves leaving them dead and withered. All you have to do is pull them out and add some more bleach to prevent regrowth. You can also sprinkle borax on the foliage; it not only kills the weed but also keeps the ants and other insects away from your garden.

Alcohols like vodka are highly acidic and can immediately eradicate the weed growth. Rubbing alcohol is available in any drug store or at the chemist. Sprinkling some alcohol on the leaves sucks out the moisture out of them completely leaving them dry and dead. Mix an ounce of vodka with two cups of water and add a couple drops of dish soap to it. Pour the mixture in a spray can and sprinkle it on the weed patches. It works best on weeds that stay out in the sun and might not be very effective for shade-loving weeds.

An easy way to get rid of weeds in the lawn would be to cut off the sunshine and oxygen that reaches the soil. At the end of the day, weeds require sunlight, air and nutrients to thrive, block it out and the seeds would die immediately. Cover the ground with a newspaper or a curtain, creating a carpet of sorts that keeps the weed from spreading out. You can layer up about 10 newspapers or other recyclable cover, wet it thoroughly and add an inch or two of mulch on top. Keep on adding newspapers if you notice weed growing in the mulch.

17 Effective Household Remedies to Get Rid Of Irritating Water Bugs

20 Amazing Health Benefits Of Cocoa Butter That Should Have You Melting in Its...

20 Home Remedies to Get Rid of Pigeons Naturally and Easily