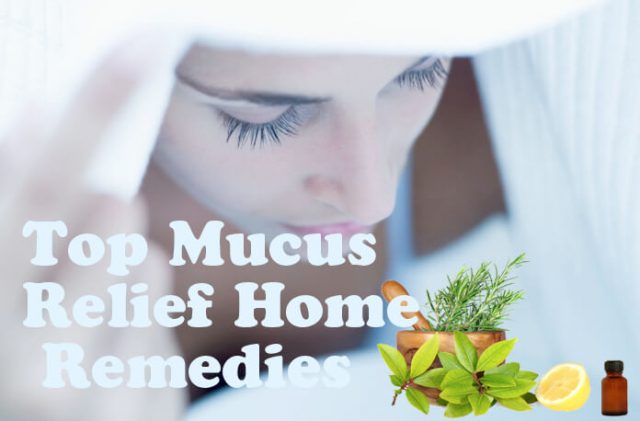 A walk in the rain with your beloved might sound like a great idea but what follows later is anything but romantic. Yes, the slight nip in the air or a chilly breeze might lead to a sore throat. As thick and sticky and horrible as mucus might be, it is actually a vital part of your body. Mucus lines the mouth, nose, sinuses, throat, lungs and gastrointestinal tracts lubricating them. Now, an excess of mucus can cause a bad case of cold. Here are some home remedies for getting rid of flem in the throat:

How to Remove Phlegm?

Everyone with a cold must have seen the yellowish (sometimes greenish) mucus that clogs your nasal passage and throat. The gooey substance is basically a mixture of antibodies and enzymes that keep the bacteria and viruses away. A cough is the natural reflex action when mucus or other foreign particles get to the back of your throat. A sore throat can be very uncomfortable and painful. There’s nothing to worry about though, the inflammation of glands and mucous membranes is just your body’s defense mechanism against bacterial infections.

Phlegm is the healthy part of your respiratory system, but if it is making you uncomfortable then maybe you’d want to get it checked. Season change, smoking, pollution or any other external cause are all reasons behind this discomfort. There are many over-the-counter meds available that through effective can have a few side-effects. It is best that you use the natural home remedies.

Honey is a home remedy medicine that is used in almost every kind of problem you might face. From treating common cold to curing acne, this wonder ingredient does it all. Honey is rich in antioxidants and has antiseptic properties that boost your overall immunity. Lemon, on the other hand, is rich in vitamin C and fights off the bacterial infection. Hot lemon tea with just a teaspoon of honey is both a tasty and effective treatment for clearing out flem in the throat.

Ginger is another commonly found ingredient in almost every kitchen and has some really cool medicinal properties. It boosts your strength, flushes out the toxic wastes and also kills viruses. Cinnamon, on the other hand, is known for its anti-inflammatory properties that relieve the swelling and pain in the throat. A mixture of ginger, cinnamon, and some honey is age-old and tested a cure for a cold. Just mix crushed ginger, cinnamon powder, carnation and add a cup of hot water to it. Strain the liquid, add honey to taste and drink it twice a day.

There is nothing in the world that a glass of warm turmeric milk cannot cure. Seriously, from viral infections to fever and muscle sprains, this mixture is a wonder medicine that works pretty fast. Add ½ teaspoon of turmeric to a glass of warm milk and drink it twice a day to clear the throat of flem. If a cough is serious then you can even throw in a few garlic cloves to the concoction. Turmeric contains an agent called curcumin that has strong anti-inflammatory, anti-bacterial properties. Ginger and garlic break up the mucus and clear the air passages.

For all those people who think spices like garlic cloves are only useful for adding flavor to your cuisine, think again. This commonly found kitchen ingredient also has several medicinal properties that cure sore throats, viral infections, and fevers. Garlic is rich in sulfur and has a very pungent, strong smell and flavor that not many like. However, the powerful flavor of the cloves repairs the damaged and clogged up mucus membrane and flushes out the flem effectively. Chew a few raw garlic cloves before going to bed; it reduces a cough and infection.

Pepper is a very effective and powerful remedy for a sore throat; it starts working almost immediately. The spicy and almost bitter flavor of the spice burns the throat and softens up the mucus so that it runs down your nose. You can mix a spoonful of black pepper with one spoon of ghee or purified butter and have it twice or thrice a day. The mixture cleans your nasal lining, removes the phlegm, clears congestion and allows you to breathe freely. Another remedy you can try is by adding a teaspoon of pepper with a spoon of honey. The mixture is not as strong as the previous one but definitely, has the same effect.

Saltwater gargles are the best way to get the mucus out of your throat. For starters, the warm water, with a pinch of salt, loosens up the flem congestion. And secondly, the mixture also relieves the throat, reduces the pain and is great for curing rashes and tonsil inflammation. Salt also destroys the bacteria that causes the infection and reduces phlegm. The gargling motion clears the mucus-clogged up at the back of your throat and nasal passages. The Himalayan pink salt or sea salt is best for gargling. For best results, you need to gargle several times a day, each session extending on for about 30 seconds.

Use a Neti Pot

In Ayurveda, it is stated that Vayu and pitta (two of the five elemental forces that our bodies are made of) is necessary for our existence. An imbalance in the pitta or Vayu causes diseases such as cold and sore throats. The Neti pot is a traditional teapot that is used for nasal saline irrigation. In this method, the nasal passages and sinuses are flushed with salt-water. The warm water breaks up mucus and relieves the congested throat. You can make your own DIY neti pot instead of getting one over the counter. Just add half a cup of salt and baking soda to a cup of distilled water.

Shallots are a type of onion, only a lot smaller and more flavourful. The strong pungent smell and burning bitter taste is reminiscent of garlic. Shallots contain high amounts of sulfur that is great for clearing out the infection and unclogging the nasal passages. It also reduces the irritation and pain of the mucous linings and prevents further swelling. Peel six to eight shallots and eat them with sugar. The vegetable has a very distinct taste that would feel like a burning sensation at the back of your throat. Don’t worry, that’s just a sign that the remedy is working.

Having a cold is not all bad. You can enjoy spicy and piping hot meals any time of the day! Chillies, for instance, contain capsaicin which irritates the mucous lining inside the nose and breaks it down. Another thing that you can try out is the classic chicken soup – the medicine for all maladies. The hot liquid burns down your throat breaking the mucus layers and opening up the air passage. Chicken soup also boosts your immunity and replenishes the protein content of your body. Add some pepper, some vegetables or noodles to the soup for extra nutrition and taste.

Essential Oils for Mucus in Throat

Essential herbal oils are another well-known and aromatic solution to eliminate phlegm and dissolve mucus. The strong smell, anti-bacterial, anti-inflammatory and antioxidant properties of these oils help to get the phlegm out of the throat. Eucalyptus, thyme, basil, rosemary, Teatree, peppermint, pine, lavender and chamomile are among the most popular of essential oil available in the market. Just add a few drops of these oils and warm them up. You can then apply the mixture directly to the nasal linings or take a steam scented bath with it. Massaging the oil onto the chest and the lungs is also a great way to clear the mucus out.

Grapes are a tasty and healthy way of curing sticky mucus cough within a few days. Grapes, especially the purple ones, are rich in expectorants. The fruit reduces inflammation of the mucous membrane, prevents rashes and also relieves throat pain. Expectorants also unclog the flem from the air passage and lungs. You can add some honey to a glass of grape juice for better effect. Honey clears out the phlegm stuck in the throat and the pulpy juice effectively reduces the swelling.

This may come off as a strange home remedy to many, but onions can actually be one of the best ways to get rid of a bad cold. The vegetable is just not useful for adding flavor to the food but also has a lot many medicinal properties. For instance, onion has high anti-inflammatory properties that reduce the swelling of the mucous membrane. Also, the bullous veggie is an expectorant that kills the bacteria and germs thereby reducing the risk of future infection. Wash and chop an onion into very small fine pieces, then add about two big spoonfuls of sugar to it. Let this mixture sit for a few hours until the onions dissolve and create a very moist paste-like consistency. Have a spoonful of this mixture daily.

Another popular home remedy for flem in the throat is licorice root tea. Herbalists and ayurvedic medicine are pretty effective in curing a bad case of cold without risking your body to side-effects and drowsiness. In fact, the herbal tea is actually refreshing and makes you a lot stronger. Licorice tea loosens up the mucus congestions and relives your air passages. It also fights bacterial and viral infection thereby breaking the root cause of the issue. You can add a bit of ginger or cayenne to the concoction as well to enhance its effects.

Black Elderberry is another effective home remedy to get rid of phlegm. The herb comes in both capsule and liquid form and reduces the risk of bronchitis and sinusitis effectively. The herb soothes and shrinks the mucous membranes and loosens up the clogged nose almost immediately. Black Elderberry capsules also have anti-inflammatory and antioxidant properties that boost immunity and fight off infections. It is best that you take the herb within twenty-four to forty-eight hours after the symptoms begin.

Common cold, bacterial infections and a sore throat can be easily cured with these above-mentioned home remedies. However, if the problem persists, do not hesitate to consult a doctor and also try the prescribed medications. You can also check out the breathing aids and devices that would clear the air passage and facilitate better breathing.

10 Testosterone Boosting Hacks You Must Include In Your Diet

10 Best Home Remedies On How To Get Rid Of Aphids Naturally in Your...

21 Easy and Inexpensive Home Remedies to Get Rid of Rats,...