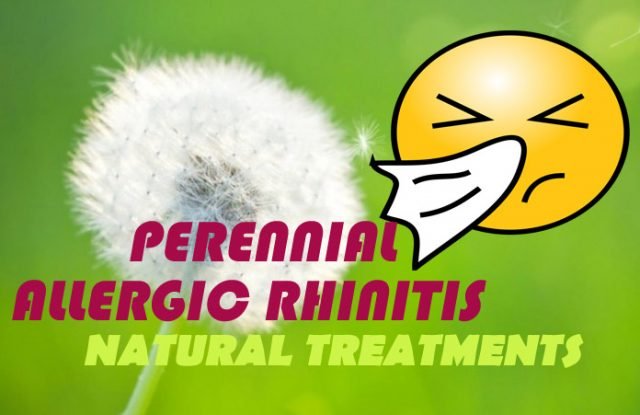 Have you been suffering from a blocked nose and sinuses the same time every year? Do you sneeze frequently and experience headaches? Have your olfactory senses dimmed? A visit to the doctor may reveal that you’re suffering from perennial allergic rhinitis. But what is perennial allergic rhinitis? The clinical definition is the inflammation of the nasal region, characterized by itchiness, sneezing, rhinorrhoea, or nasal obstruction. Streaming eyes may also be a sign of this problem.

Well, not quite. The “perennial” part of this condition means that patients experience the symptoms seasonally. The allergens or the substances that induce this allergic reaction are present year-round. This explains why the symptoms typically last for an hour or more for over nine months of the year. However, people experience acute rhinitis during the springtime and summer since the pollen content in the air is at its peak.

Is This a Common Problem?

Well, the occurrence of this type of chronic rhinitis varies considerably from one country to another. And it is hard to pinpoint the exact number of cases since a lot of people don’t visit the doctor. But it is a universally acknowledged fact in the medical community that perennial allergic rhinitis is a very common ailment.

A London study revealed that eight percent of adults between the ages of 16 and 65 years reported perennial symptoms, while six percent suffered from both perennial and seasonal allergic rhinitis. However, similar to asthma, more and more cases are coming to light every day. Also, the National Health Survey for 2004-05 revealed that 3.2 million citizens in Australia self-reported symptoms of perennial rhinitis and hay fever.

How to Diagnose Allergic Rhinitis

Skin prick tests are most often administered to check whether a patient reacts to a certain substance or not. Tiny amounts of different allergens are injection under your forearm skin to check whether they evoke any allergic response. If the test turns out to be positive, a “wheal and flare” response will show up in the form of swelling and itching, redness.  Another method – the RAST testing or Radio Allergo Sorbent Testing – works similar to a skin prick test. But it is a lot more expensive, and doctors recommend it only when the skin prick test turns out to be unavailable or unsuitable. In this test, multiple allergens are exposed to the patient’s blood sample, and the IgE production levels are measured.

This is largely a benign condition and can be easily managed using the best treatments available. In fact, natural remedies are successfully used to treat perennial allergic symptoms. But that doesn’t mean the disease is any less frustrating. But in the case of atopic patients, major complications can occur, including anaphylactic reactions leading to death. Moreover, researchers have found a link between ICD-10 diagnosis code J44.9 and ICD-10 diagnosis code J30.89. This means that patients suffering from allergic rhinitis are three times more likely to contract asthma. Thus, a permanent cure for allergic rhinitis should have beneficial effects on asthma too.

If you are a patient with perennial allergic rhinitis, then you will find numerous treatment options available. But not all of them are effective. For example, plenty of over-the-counter medicines promise to get rid of the allergens completely. But they are not always effective, and there is the possibility of complications. On the other hand, herbal medicine for perennial allergic rhinitis may take time to produce results, but the effects are long-lasting. That’s because the home remedies cure the problem by attacking the cause.

Stinging nettles have both anti-inflammatory and antihistamine properties that make it the perfect alternative treatment for combating the effects of 2012 ICD-9-CM 477.9. This medicinal grade herb provides fast relief from headaches, nasal congestion, and swelling under the eyes. Simply mix two teaspoons of stinging nettle leaf powder into a cup of hot water. Then add a teaspoon of manuka honey and allow the whole thing to steep for five minutes. A person who drinks this homemade tea regularly can fight of seasonal allergic symptoms. However, do not use this treatment on pregnant women.

One of the best natural remedies for perennial allergic rhinitis is milk thistle. Containing antihistamine and anti-inflammatory properties, milk thistle clears up allergies and removes congestion. Any attack on the immune system causes great damage to your liver, but milk thistle prevents that by supporting liver functioning. Simply place three to five milk thistle leaves in a cup of warm water, and then let it boil. Allow this brew to steep for five minutes before you switch off the hit. Strain this mix over a cup and regularly sip on this amazing herbal tea. Daily consumption will help you minimize your problem.

Steam brings relief to the nasal passage by clearing up the mucus and facilitates smoother breathing. This is a smart treatment choice because it stimulates the nerves inside your nose and helps you remove any irritants that result in uncomfortable sensations. So, you no longer experience symptoms such as blocked nose, sneezing, nasal irritation, and headaches. Just put five cups of water to boil and then pour all of it into a larger bowl. Add tea tree oil (five drops) into this hot water. Once steam rises from the water, hold your head right above it. Make sure your head remains covered with a thick towel to experience all of the advantages of steam. Breathe in deeply and exhale till the steam comes out. Keep on doing this technique every day until all the allergens are flushed out of your system.

When you have a strong immune system, it is capable of beating out any sort of allergy. Owing to its restorative effects on the human immune system, turmeric is commonly used for treating severe cases of perennial allergic rhinitis. This natural agent is both anti-inflammatory and rich in anti-oxidants. Turmeric possesses healing benefits that decrease swelling and put allergen activity on hold. The medicinal benefits of turmeric help you fight symptoms of perennial allergic rhinitis, like a runny nose, sneezing, sore threat and congestion. Find roasted turmeric powder and add a tablespoon of the substance into a glass of warm milk. Have this turmeric infused milk every day before bedtime to strengthen your immune system. This mixture can help you a lot during allergy season.

Naphthalin has been found to be beneficial for patients suffering from perennial allergic rhinitis most of the time. So, people suffering from excoriating coryza and lachrymation or swollen nose and eyelids can pick this homeopathic medicine for allergic rhinitis. This natural form of treatment works better on the side, and it is particularly effective for patients experiencing various asthmatic symptoms.

If a person suffers from eye pain, pressure near the root, with a crawling and tingling inside its cavity, muscular soreness, and hoarseness, then they should definitely opt for this treatment. Ranunculus bulbosus. Also works great against stuffed up noses spewing a lot of acrid, watery discharge.

Many people seek out acupressure for perennial allergic rhinitis because it can provide relief over time with continued treatment. The best part of this procedure is that it is easy and you can even try out some acupressure techniques on your nose when you’re away from the treatment room. The effectiveness of acupressure may vary from acupuncture, but it is useful for patients who want relief from sneezing, coughing, and runny noses for most of the year. All you have to do is locate the acupressure points on the body and then check which ones feel sore. Treatment involves pressing down on the spot anywhere between 30 seconds to a minute firmly but not so hard that marks are created by your fingernails. While acupuncture does not seem like the most useful mode of treating allergic rhinitis, commitment and dedication on the part of the patient can yield wonderful results. In fact, many people find that over time, the treatment duration decreases. For example, after three consecutive years of treatment, the patient may find that they no longer require as many acupuncture sessions and their symptoms have also gone down in severity.

Normal saline irrigation is a great way to treat rhinitis symptoms. The saline water clears up the nasal passages, thereby helping you to stave off allergic reactions. Not only are these home remedies extremely effective, but they cost very less too. However, to apply this saline solution properly, a nasal bulb will be needed to pass the saline water within the nostril. All you have to do is take some warm water and throw in a pinch of salt. Also, if you can, put in a tiny bit of baking soda. Now, pass the salt solution from one of your nostrils to the other using the nasal bulb. This method helps get rid of irritants and mucus from the nose. Repeating this process every day can decrease your chances of experiencing perennial allergic rhinitis.

Not only is ginger a natural antihistamine, but it is quite effective as an antiviral agent as well. Allergens are bearers of viruses that can cause fever, sinus, and common cold. However, ginger allows you to prevent repeated allergic reactions by fortifying your immune system. No wonder ginger is a common remedy used in homes to fight perennial allergic rhinitis.  Add it to your daily routine to decrease the symptoms of acute rhinitis. You can also sip on ginger herbal tea to get some relief from your condition. Grate ginger and add two tablespoons of it to some water. Boil this mix and allow it to steep for three to five minutes. Then stop heating it and add in a teaspoon of honey. While having this herbal tea, breathe in the steam rising out of the cup following each sip. Administer this method daily to prevent perennial allergic rhinitis.

If you suffer from perennial allergic rhinitis, then boosting your body’s immune system must be a priority. Apple heals your gut effectively and boosts the immune system. And considering how 80 percent of allergies occur due to poor intestinal and gut health, this can help keep infection at bay. Apple cider vinegar is great at reducing allergic rhinitis symptoms, like snoring, sneezing, and puffy eyes. Take a glass and pour some warm, clean water into it. Now, add a tablespoon of unfiltered, raw apple cider vinegar. Then mix a teaspoon of Manuka honey for antibiotic properties and improved taste. Keep on drinking the mix until the end of allergy season for the amazing health benefits.

How to Remove Stretch Marks with Apple Cider Vinegar

How to Get Rid of Pain Around Belly Button – Causes, Symptoms and Home...