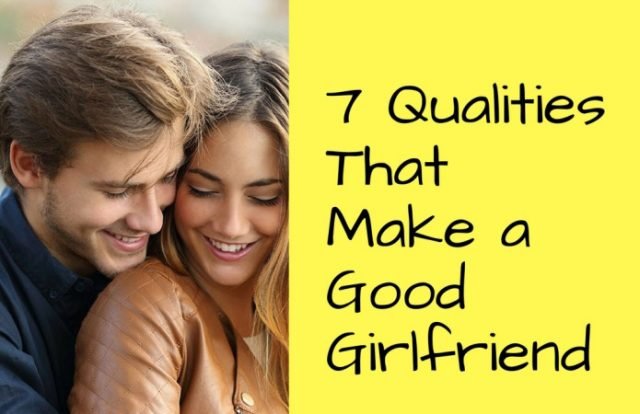 In the age of technology where people are judged by the number of friends on Facebook or followers on their Instagram account, building real relationships seems like a distant dream. Finding love in the 21st century is a difficult feat, albeit not an impossible one. For, even though our social life is now restricted to the social networks; people do crave actual conversations and real connections. And isn’t that what love is all about? Finding that special someone you can connect with on a physical, intellectual and emotional level?

Yes, it does take a lot of effort from both sides to make a relationship work. Both partners have to be equally committed. But remember, a perfect partner is so much more than an hour-glass figure and a pretty face. For, in the long run, it will be the inner beauty and kindness of your partner that would determine the future of your relationship. Listed below are the top seven qualities that you should look for in your dream woman. Ladies, pay attention!

7 Qualities That Make a Good Girlfriend

Now, everyone wants to spend time with their better half and rightfully so, the trouble begins when things get overboard. Attachment is a good thing as long as it doesn’t make you intimidating. Insecurities and a lack of emotional connect often make us clingy and overbearing. This includes texting or calling 24*7, becoming over possessive and not giving your partner enough space. Learn to respect his personal space, let the man breathe!

A partner (and this applies to both the sexes) must understand that the other person has other commitments and relationships in his/her life as well that they have to keep up with. Nobody wants to be the babysitter in a relationship. You’ll eventually suffocate if your girl is unable to function without you and is sticking to you like a parasite. However, this does not mean you get a girl who doesn’t give a damn about what’s happening in your life. Everyone loves to be cared for and pampered once in a while. Balance is the key to a happy relationship.

And girls, self-love is important. Period. Love yourself before you fall for someone else. Don’t worship your man blindly and stop following him everywhere like a lost puppy. See that shiny thing up in the sky? The whole world revolves around that ball of fire and not your boyfriend!

She’s Comfortable around You

Blame it on the society or the social media at large, but people (especially women) are expected to look like and behave a certain way so as to appear attractive and appealing to the other sex. Moreover, everyone wants to present their best, most well-mannered selves and create a perfect first impression. Remember how much time you spend taming your curls and finding that special outfit for your first date? Yes, everyone judges a book by its cover. However, with time, you gradually let your guards down and open up to the other person if you’re comfortable enough around him. A relationship is all about appreciating and respecting the other person and being there for them even at their lowest.

Being yourself around the person you love isn’t just restricted to the physical appearance. Yes, you guys might be chilling out in your pajamas, but what’s the point if you cannot be honest with each other?! Of course, this change doesn’t come overnight. Trusting the other partner with the “real you” takes a lot of time but it’s totally worth the wait. Open honest conversations are a crucial part of any relationship. Find a girl who’s upfront with you about stuff and doesn’t mind giving you a piece of her mind every now and then.

She’s Loyal to You

Loyalty is a pretty fundamental requirement in any relationship, be it romantic or otherwise. Unfortunately, loyalty and commitment aren’t something you can easily find. The modern day consumerist attitude has also seeped into the way we look at relationships. Every connection we have is measured in the expectations we have and compromises we’ll have to make. Get a girl who understands the value of commitment and is willing to stick with you through thick and thin. Someone who you know has your back no matter where you are and what issues you’ll have to face. A true partner is your backbone during the time of adversity, helping you cope up with the many obstacles that life would throw your way.

Loyalty is not only about being there for your man physically. Of course, you shouldn’t go around flirting or sleeping with other people unless it is an open relationship. But being loyal to your partner goes way beyond that. Loyalty means being there for your man, sticking up to him when everyone seems to be leaving. Loyalty is defending him and standing up for him against people and situations that have hurt him. It’s not always the fairer sex that needs protection, it’s time you man up and start being there for your guy for a change.

A relationship is not all about the serious stuff and deep conversations. Sometimes, you need to loosen up and just be crazy. A sense of humor and sharp wit is always a major turn on. Find someone who brings about positivity and happiness in your life. Find someone who knows how to joke around and also laugh at themselves. Sharing a joke often forms a much deeper and stronger connection than having the “talk” or opening up your hearts. It’s the little moments, the lame puns and the weird stuff that you do that makes your man fall hard for you. Get a girl with a sense of wonder and adventure, someone who knows how to turn the most mundane situation into something fun and interesting.

You know she’s a keeper if you find yourself laughing and smiling more around her. A ready sense of wit and sharp intelligence also keeps the conversation more fun and upbeat. For, once the “honeymoon phase” is over, you start discovering trouble in paradise. Your girlfriend should first and foremost be your best friend. She should be someone who both makes fun of you and known how to take a joke. From cracking the most pathetic jokes to being crazy in public a happy couple does it all and more!

Talking about your feelings is an integral part of your relationship but that doesn’t mean you talk his head off! Girls are generally more vocal about their thoughts and talkative of the two sexes. However, there might be times when your man might want to just open up and want someone who listens to him. Be it cribbing about a rough day at work or being vulnerable about his emotional issues, it is very rare for a guy to honestly open up and share his innermost conflicts and confusions. So, if your man wants to talk, shut up and listen to him. Give him the much-needed space and time to open up and try to empathize with his problems.

A relationship is not all about wild sex and exciting dates, there will be times when you both just want to spend time together doing nothing but talk. Life has its fair share of ups and downs, find someone who’s willing to share your burden and help you along the way. Communication is a two-way process and listening is an important part that people usually ignore. Even though you don’t have immediate solutions or any practical advice at the moment, your mere presence speaks volumes about how much you care for him.

She’s Not Manipulative or Dominating

Emotional manipulation or coercing your partner to do something against his/her wish is wrong irrespective of your sex. A dominating partner can be quite suffocating and difficult to be with. Calling your man all the time or controlling every aspect of his life doesn’t show your care but your intimidating nature. Most dominating people with deep-rooted fears are hard to date as they can be quite controlling and would want to hog on every waking minute of your life. Extreme mood swings, mental torture, and emotional abuse are a few signs that indicate all is not well in your paradise. You don’t need that kind of negativity in your life. If the girl you like is always demanding and trying to influence you into doing things you don’t want to, run away in the opposite direction as fast as possible!

An ideal partner loves you no matter what and would definitely never ask you to “prove” your loyalty. People often tend to do weird or potentially dangerous things under the guise of being passionate and romantic such as standing on the edge of a rooftop or saying “I love you” a million times a day. While these gestures seem very overwhelming and intense, they often spell trouble and can lead to something more toxic in the future. Look out for the signs early in the relationship before it gets too late.

Last but definitely not the least, you have to be attracted to the girls of your dreams. There is no point of feeling the emotional connection or finding an intellectual equal if you guys lack the chemistry. Do you feel the butterflies in your stomach every time she smiles at you? Does your heart beat a lot faster every time she’s near you? Do you feel the electricity in those “accidental” touches and brushing of hands? If yes, then you have the chemistry for sure. The attraction forms the foundation of any relationship. It all starts with a simple smile or touch and your world is never the same again.

Sexiness or appeal is more about being confident in your skin than having the perfect curves and looks. There’s nothing sexier than having a woman who carries herself with confidence and is sure of her surroundings. Find a woman who loves herself and is in control of her life. When you find someone attractive, you like and admire everything about them from their physical appearance to their personality. Good dressing sense and a basic sense of hygiene also count.

And That’s How You Know.

It is high time you stop planning the different ways of getting a girlfriend and actually put some thoughts on what and how you want her to be. You know it’s the real deal you get a girl who is supportive, caring, kind, passionate, and crazy about you and has no qualms showing it. A relationship is a two-sided affair that involves equal participation from both the parties involved. Love makes life so much better and worth living. So, if you’re lucky enough to actually find the one, keep her and cherish her for life.

11 Safe Ways to Get Rid of Lizards from Your House