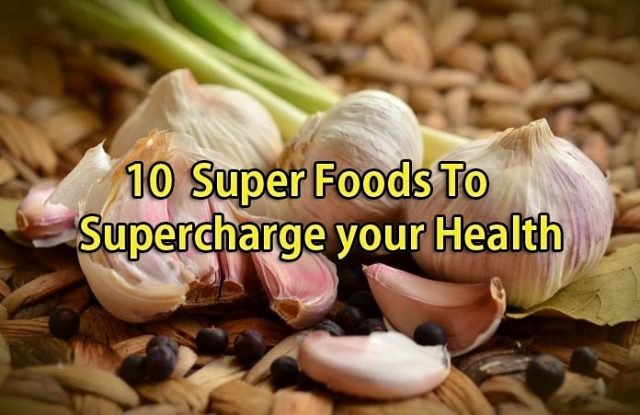 Wisdom quotes aside, we think it takes more than an apple a day to keep the doctor away. If you are looking to boost your immunity system, then just one nutrient won’t be of much help. You will have to visit the grocery store. There are quite a few immunity boosting foods to help you stay away from flu and winter colds.
Eating just one nutrient continuously won’t be of any benefit to your immunity. You have to keep in mind that intake of variety of nutrients is of high significance for proper nutrition. You should pay attention to the quantity intake so as not to get too much of one vitamin and less of others. Following are a few effective immunity boosting foods for your diet.

White blood cells are crucial to help you fight infection. Citrus fruits are said to increase the white blood cells count in your body as they are rich in Vitamin C, thereby improving your immunity and helping it run at 100%. Few well liked citrus fruits are oranges, grapefruit, lemons, tangerines, clementines and limes. Almost all citrus foods contain vitamin C. Vitamin C is also said to have anti-inflammatory and antibacterial properties.

Few studies have also confirmed the fact that intake of vitamin C during a cold can help you get better speedily. Vitamin C also acts as an antioxidant and helps guard your immunity cells against unsafe compounds formed during bacterial infections. Other foods high in vitamin C include guavas, bell peppers, tomatoes, snap peas, papaya and dark leafy greens.

Ginger is another ingredient that many of you turn to when you have caught a cold or an infection. It is rich in a bioactive substance called gingerol which is said to lower the risk of contracting infections. Ginger is also thought to have antimicrobial properties which may constrain the growth of several bacteria like candida, salmonella and E. coli. You may also have heard of a virus called HSRV (Human Respiratory Syncytial Virus) which is accountable for numerous respiratory infections in humans; studies show that ginger helps fight this virus.

Furthermore, ginger can also help decrease your nausea sensation when you have the flu, owing to its anti-nausea effects. Ginger can be used in various ways in your diet. You can use dried ginger in your smoothies or your food; you can consume pickled ginger and can also sip on fresh ginger infusion.

Garlic also contains some compounds which help you get rid of infections. Allicin is one of the main active compounds in garlic that helps boost your immunity during a flu or winter cold. Garlic is also said to have antiviral and antimicrobial properties that help you fight viral and bacterial infections. You can find garlic in almost every cuisine, especially since it is a must-have for your health and also adds a slight zing to the food. Eat 1-2 cloves of garlic three times a day for maximum immune boosting effects. According to some studies, garlic can also be used to lower blood pressure and slow down hardening of arteries.

Berries have been used to treat infection since many years by the native Americans. Berries are known to contain polyphenol, which is a plant compound with antimicrobial properties. Quercetin is a type of berry polyphenol which is said to be very effective in lessening your probabilities of getting sick after carrying out some intense exercise. Studies have also shown that berries have the ability to fight against the influenza virus which is the reason behind the flu. Berries are also said to contain vitamin C which we know aids in improving your immunity and helping it run at 100%.

Researchers are certain that coconut oil helps in fighting against viruses responsible for causing hepatitis C and influenza. One more plus of coconut oil is that it fights against candida albicans which is believed to be a common reason behind yeast infections in humans. You can use coconut oil instead of vegetable oil and butter while cooking or baking. Make sure to include other fats like nuts, avocados, linseed and olive oil in your diet along with coconut oil.

Licorice is a spice that has been used for hundreds of years in traditional herbal medicine in Europe and Asia. It is made from the dried root of a plant called Glycyrrhiza glabra. Studies have been known to show that this spice has the ability to fight against bacteria and fungi like candida albicans, E. coli, and Staphylococcus aureus. It is also known to aid in fighting against the virus responsible for gastroenteritis, polio and the flu.

The downside to adding this spice in your diet is it is very high in sugar. So people with diabetes and trying to reduce sugar intake should search for other options such as licorice tea. Licorice has potential side effects as well such as abnormal heart rhythm, high blood pressure and a high risk of giving premature birth; which is why it should be consumed in a limit.

Seeds and nuts are said to be incredibly rich in nutrients. They are also rich in minerals like copper, selenium, zinc, and also in vitamin E. All of these are useful in leading a healthy life. Almonds and sesame seeds are said to be rich in vitamin E and copper, whereas cashew and pumpkin seeds are known to have an abundance of zinc. You can consume a single Brazil nut a day as it is said to be a good source of selenium. These seeds and nuts are also rich in antioxidants, healthy fats, and lot of fiber, all of which are advantageous to your health.

Apart from the fact that they are delectable, sweet potatoes are also said to be rich in vitamin A. Deficiency of vitamin A can lead to a weak immunity system and make you prone to various infections. Vitamin A is also good for your skin. It helps in the production of a very important component of skin, the connectivity tissue. Vitamin A is also helpful for infants. It gives them more time to respond to vaccines.

Yogurt helps keep the intestinal tract and your gut free of germs. Have 7 ounce of yogurt daily and you will witness how it aids in boosting your immunity system. Yogurt helps you in fighting against various fungi and bacteria. Some yogurt brands are rich in vitamin D which helps in regulating your immune system and increases your body’s defense against natural diseases like the flu. It is advised to always look out for products which has a ‘Live and Active cultures’ seal from the National Yogurt Association.

Shellfish such as crabs, oysters, lobsters are rich in selenium and helps fight against viruses that cause the flu. It is also said to be rich in omega 3 fats.
Above mentioned are the top 10 immunity boosting food that you can include in your daily diet.

How To Stop Sugar Cravings Naturally And Kick The Sugar Addiction

10 Testosterone Boosting Hacks You Must Include In Your Diet

How to Make Unhealthy Breakfast Options Healthier than Ever?

20 Amazing Health Benefits Of Cocoa Butter That Should Have You Melting in Its...

17 Natural Ways to Get Rid of Tightness in Chest (Angina)